Yes, it got a bit repetitive but i think life under occupation must have been very repetitive. I didn't know much about WWI except some English poets and a few novels, but this made me seek out some ... Read full review

Sophie De Schaepdrijver is Walter L. and Helen P. Ferree Professor of Modern European History at Pennsylvania State University. She has written on First World War Europe, with a focus on military occupations. Her latest books are Bastion: Occupied Bruges in the First World War and Gabrielle Petit: The Death and Life of a Female Spy in the First World War. She has co-written and presented a television documentary, Brave Little Belgium. Tammy M. Proctor is Professor of History at Utah State University. She is the author of several books on the history of gender, youth, and war in modern Europe, including Civilians in a World at War, Scouting for Girls: A Century of Girl Guides and Girls Scouts, and Female Intelligence: Women and Espionage in the First World War. 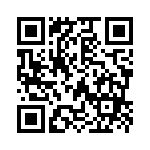