Sadly the Internet did not save journalism, it just struck the killing blow to the diseased monster it has become. This book will disabuse you of the mistaken memory that journalism was good before twitter took over. Read full review

The 'sister' volume to Davies' recent "Hack Attack", this is well-researched polemic maps the slippery slope of decline in British newspapers - from journalism to churnalism. Davies is thorough on the ... Read full review

Nick Davies writes investigative stories for the Guardian, and has been named Journalist of the Year, Reporter of the Year and Feature Writer of the Year in British press awards. Apart from his work on newspapers, he also makes television documentaries and he has written four books, including White Lies, which uncovered a racist miscarriage of justice in Texas; Murder on Ward Four, which examined the collapse of the NHS through the murder of children by Nurse Beverly Allitt; and Dark Heart, a journey through the wasteland of British poverty. He has three children and lives in Sussex. 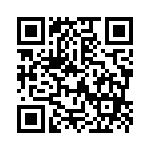