Pavel Stroilov is a Russian historian living in London after being granted asylum by British Judges in 2006. He fled Russia in 2003 after successfully stealing 50,000 unpublished top-secret Kremlin documents from the archive of the Gorbachev Foundation. Stroilov and other researches were given access to the archive in 1999, but were brusquely refused permission by Mikhail Gorbachev himself to copy significant parts of the collection. Over the next few years, after secretly watching the archive’s network administrator enter the password into the foundation’s computer system, Stroilov was able to copy the archive and send it to secure locations around the world. Most of the originals remain classified to this day. Stroilov was also the editor of Alexander Litvinenko’s book Allegations. Litvinenko, a fierce critic of Vladimir Putin, was poisoned to death in a high profile political assassination in 2006. 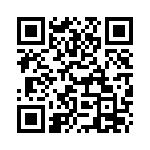