Celine Parreńas Shimizu is Associate Professor of Asian American, Film, and Women's Studies at the University of California, Santa Barbara. She is a filmmaker whose movies include The Fact of Asian Women (2002), which won four national festival awards; Super Flip (1997); and Her Uprooting Plants Her (1995). 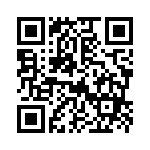