Kaplan emigrated to the United States from Lithuania at the age of 8. After graduating from Columbia University in 1902, he was ordained a Conservative rabbi by the Jewish Theological Seminary of America, where he taught for the next 50 years. His attempts to adapt Judaism to the modern world, particularly to the American situation, led to the establishment of a new movement, Reconstructionism. He saw Judaism as representing, first and foremost, a religious civilization and proposed a Jewish theology shaped by Jewish experience and Jewish ethics. 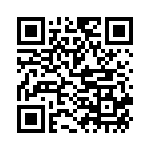