Page 56
Since Meyerhold was the sole creative figure in his theater, the work of art was
often the rehearsal, not the performance. At rehearsals one could see "a full
production as well as a fascinating performance," observed a young Russian
director, ...
Page 251
As I have already tried to indicate, the performance of a play is, on a smaller
scale, a performance of a musical work. The script is, as it were, sung, because
speaking and singing are, after all, the same process. Although I am speaking
now ...
Page 256
intelligently critical and alive, and the rehearsals will not be dreary learning of
routine; they will be a creative act that is ultimately going to be a performance.
That is why, in my opinion, the analogy between the producer and the conductor
... 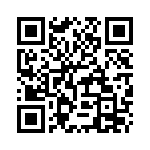