Ideal for Psych207 University of Auckland

Gerald Matthews is Professor of Psychology at the University of Cincinnati and has previously held faculty positions at the Universities of Aston and Dundee. He has co-authored several volumes, including Attention and Emotion: A Clinical Perspective (1994) which won the 1998 British Psychological Society Book Award, and has published many articles in the area of personality research.

Ian J. Deary is Professor of Differential Psychology at the University of Edinburgh. He is also a registered medical practitioner and member of the Royal College of Psychiatrists. He has written extensively on personality and intelligence and won the 2002 British Psychological Society Book Award for Looking Down on Human Intelligence (2000). He holds the Royal Society-Wolfson Research Merit Award, 2002-2007.

Martha C. Whiteman is a Lecturer in Psychology at the University of Edinburgh. Her research within personality and public health sciences has been published in The Lancet, Psychosomatic Medicine and Personality and Individual Differences. 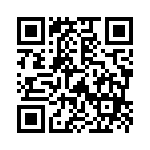