Try the new Google Books
Check out the new look and enjoy easier access to your favorite features
Try it now
Buy eBook - $148.00

Alcohol and temperance in modern history: an international encyclopedia

With all the recent concern about the public and social health costs of alcohol, this intelligent encyclopedia meets a real need for a ready reference addressing terms, concepts, and issues related to ... Read full review

Ian R. Tyrrell is professor of history at the University of New South Wales, Sydney, Australia. 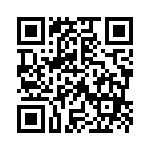