A return to form. Douglas Adams described it as a 'bleak' book, but that's where he started - earth didn't survive the first twenty pages in Hitchhiker's. Read full review

Either I have drifted away from the Hitchhiker series or this one is particularly difficult to read. It was very distracting to keep the timelines straight and some people's names changed. That made ... Read full review

Douglas Adams was born in 1952 and created all the various and contradictory manifestations of The Hitchhiker's Guide to the Galaxy: radio, novels, TV, computer game, stage adaptation, comic book and bath towel. The Hitchhiker's Guide to the Galaxy's book was published 30 years ago on 12 October 1979 and its phenomenal success sent the book straight to Number One in the UK Bestseller List. In 1984 Douglas Adams became the youngest author to be awarded a Golden Pan. His series has sold over 15 million books in the UK, the US and Australia and was also a best seller in German, Swedish and many other languages. Douglas lived with his wife and daughter in California, where he died suddenly in 2001. 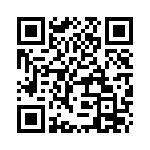