First of all, this book is totally Fake. And the fiqh Ahmadiyah is totally the next move for the coming of dajjal. In Quran, Prophet Muhammad (S.A.W) said, that "There is no prophet after me. And I am the last messenger of Allah". And also the death of our holy prophet Muhammad(S.A.W), Hazrat Umar was in deep feeling and said to the people that whosoever said that Muhammad is dead I will cut off their heads and he felt that like Hazrat Mousa he Will also Come But Hazrat Abubakr (R.A) gathered people and said that Muhammad is dead and now those who worship Muhammad listen that he is dead but those who worship Allah listen that he is mortal Death will never come to him. Every Muslim proclaims in Shahadah: "I testify that there is no god but God, and I testify that Muhammad is a Messenger of God." The Shahadah is the basic creed or tenet of Islam. Mirza Ghulam Ahmad Qadiyani is not just a fake but a Kafir and till Qayamat he will be burning in Hotamah and whosoever believes in him are also kafir and till the Day of judgment, he will also go to hell and also take his party with him. May Allah keep us on the right path, Ameen. لَا إِلَٰهَ إِلَّا ٱللَّٰهُ مُحَمَّدٌ رَسُولُ ٱللَّٰهِ.There is no God but Allah, Muhammad is the messenger of Allah.[4][5]. 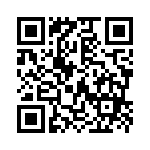