From my Cannonball Read V review ... As I close in on the full Cannonball, I'm trying to wrap up a lot of books that I've put down over the course of the year. There's a science book, one of the Song ... Read full review

Loved this. I didn't agree with everything in it, but if I did, it wouldn't be any fun to read. Well written, inspiring, and great for when you want some feminist action without reading heavy theory! Read full review

Jennifer Baumgardner and Amy Richards are the coauthors of Manifesta (FSG, 2000) and Grassroots (FSG, 2005) and the owners of the feminist speaker's bureau Soapbox, Inc.: Speakers Who Speak Out. Both live in New York City. 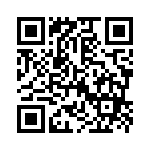