Daniel Barenboim was born in Buenos Aires and grew up in Israel. He been Music Director of the Chicago Symphony Orchestra since 1991 and of the Deutsche Staatsoper Berlin since 1992. Barenboim began conducting with the New Philharmonic Orchestra in London in 1967 and was musical director of the Orchestre de Paris.

Edward W. Said is University Professor of English and Comparative Literature at Columbia University. He is the author of more than twenty books, including Orientalism, Culture and Imperialism, and, most recently, Power, Politics, and Culture. His books have been published in thirty-six languages.

Ara Guzelimian, Senior Director and Artistic Advisor of Carnegie Hall since September 1998, was Artistic Administrator of the Aspen Music Festival and the Los 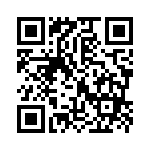