Georges Simenon (Author)
Georges Simenon was born in Ličge, Belgium, in 1903. He is best known in Britain as the author of the Maigret novels and his prolific output of over 400 novels and short stories have made him a household name in continental Europe. He died in 1989 in Lausanne, Switzerland, where he had lived for the latter part of his life. 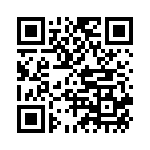