The book subject was something I had never explored before. I found the book far too long for the amount of points Castells was making, power, money and media manipulations. He speaks of society as a ... Read full review

Manuel Castells is University Professor and the Wallis Annenberg Chair of Communication Technology and Society at the University of Southern California, Los Angeles, as well as Research Professor of Information Society at the Open University of Catalonia, Barcelona. He is also Distinguished Visiting Professor of Technology and Society at MIT and Distinguished Visiting Professor of Internet Studies at Oxford University. He was Professor of Sociology and of Planning at the University of California, Berkeley, from 1979 to 2003. He has published 23 books, including the trilogy The Information Age: Economy, Society and Culture (Blackwell, 1996-2000), translated into 22 languages, and The Internet Galaxy (OUP, 2001) translated into 15 languages. He is a Fellow of the European Academy, of the British Academy, and of the Spanish Royal Academy of Economics. He has received 14 honorary doctorates and has been knighted by France, Catalonia, Finland, Portugal, and Chile. 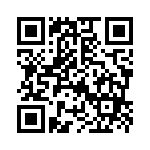