Pavel Podvig is a Research Fellow at the Center for Arms Control Studies at the Moscow Institute of Physics and Technology. 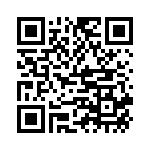