Everyone should own a collegiate dictionary--that is, a substantial, if still abridged, dictionary with far more information than you find by just googling a word--or that would even fit in a pocket ... Read full review

Can't read much without this book around. AND it comes with a CD so I don't even need to grab the book. I try to keep one in every room of the house. (For you who don't know me, I'm practically illiterate without my dictionary, and I can't even spell "kat" without it. Read full review

Since 1937. Merriam-Webster is America's foremost publisher of language-related reference works. The company publishes a diverse array of print and electronic products, including Merriam-Webster's Collegiate® Dictionary, Eleventh Edition - America's best-selling desk dictionary - and Webster's Third New International Dictionary, Unabridged. Merriam-Webster can be considered the direct lexicographical heir of Noah Webster. In 1843, the company bought the rights to the 1841 edition of Webster's magnum opus, An American Dictionary of the English Language, Corrected and Enlarged. At the same time, they secured the rights to create revised editions of the work. Since that time, Merriam-Webster editors have carried forward Noah Webster's work, creating some of the most widely used and respected dictionaries and reference books in the world. 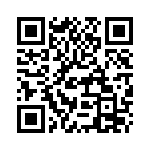