I really wanted this book to be good. I've seen interviews with the author and he seemed to be intelligent, rational, open to listen and explore new ideas with the scientific method (regardless of his ... Read full review

Canadian psychologist Jordan Peterson isn't such a Big Thing in UK as the States, but I saw his name mentioned on numerous sites - and, it seemed, with feather-spitting bile by the more Leftist ... Read full review

Dr. Jordan B. Peterson is the bestselling author of 12 Rules for Life, which has sold five million copies worldwide and has been published in over 40 languages. His YouTube videos and podcasts have gathered a worldwide audience of hundreds of millions, and his global book tour has reached more than 250,000 people in 100 different cities. After working for decades as a clinical psychologist and professor at Harvard and the University of Toronto, Peterson has become one of the world's most influential public intellectuals. With his students and colleagues, Dr. Peterson has published over a hundred scientific papers, and his 1999 book Maps of Meaning revolutionized the psychology of religion. He lives in Toronto, Ontario with his family. 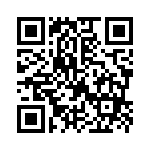