Page 9
Held — The deposits fell for inclusion in the receipts of the taxpayer's trade for
assessment to tax at the time when they became capable of valuation,
notwithstanding that the cash had not been received, and accordingly they were
properly ...
Page 78
Held — The evidence was inadmissible. [Counsel : G. D. Roberts, Q.C., Foot, C.
Lloyd, Luckhoo and M. P. Solomon for the appellant ; Galian, Q.C., and J. G. Le
Quesne for the Crown. Solicitors : Henry S. L. Polak and Company for tho ...
Page 159
The Pedestrian Crossings (General) Regulations, 1951, contain, of course, a
similar provision covering the rest of the country. The court held that, where the
motorist had been found not guilty of negligence in not according precedence to
the ... 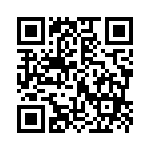