Neil Gaiman is by far my favorite author.This is definitely one of his more interesting novels and I am so excited to own it for myself. If you like deeprooted storyline and mind blowing plots then this is the book for you! Read full review

Neil Gaiman is the #1 New York Times bestselling author of more than twenty books, including Norse Mythology, Neverwhere, and The Graveyard Book. Among his numerous literary awards are the Newbery and Carnegie medals, and the Hugo, Nebula, World Fantasy, and Will Eisner awards. Originally from England, he now lives in America. 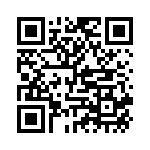