The versatile Ray Canterbery is author of many acclaimed books and articles, recently including Wall Street Capitalism, A Brief History of Economics, The Making of Economics (4 th Edition), the satirical novel Black Box, Inc., and a forthcoming satirical biography of Alan Greenspan. His histories include biographies of leading economists and other thinkers, and he is one of the founders of an emerging school of Literary Economics. Canterbery has served as president of the Eastern Economic Association and the International Trade and Finance Association. He is among 500 persons worldwide in IBC's Living Legends, among 2000 of its Outstanding Scholars in the 21 st Century, in 1000 Great Intellectuals, in 2000 Outstanding People, and in 1000 Great Americans. He appears in ABI's Great Minds of the 21 st Century and American Biography, as well as Marquis Who's Who in the World, Who's Who in America, and many other sources. Thomas D. Birch is Associate Professor at the University of New Hampshire at Manchester where he teaches economics and team taught interdisciplinary courses in the Business, Humanities and Communication Arts programs. His publications of major economic and literary figures have appeared in the Eastern Economic Journal, Journal of Economic Issues and New England Quarterly. 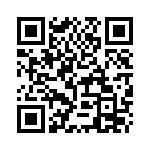