Philip H.J. Davies, PhD, is director of the Brunel Centre for Intelligence and Security Studies at Brunel University, London, England. 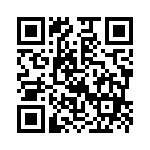