Erich Maria Remarque (Author)
Erich Maria Remarque was a German author and veteran of the First World War. He was born 1898 in Osnabr³ck, Germany. At the age of 18 he was conscripted into the German army. During his service he was wounded by shrapnel in the left leg, right arm and neck. Following the war he worked as a primary school teacher, and later as a librarian, a journalist and a technical writer.
Among Remarque’s published novels were All Quiet on the Western Front, The Road Back, Three Comrades and Arch of Triumph. His works were publicly burned by the Nazi German government, and in 1947 he and his first wife became naturalised citizens of the United States. Four years earlier, his sister had been executed at the behest of Hitler’s ‘People’s Court’.

Remarque adapted the book Ten Days to Die, about Hitler’s final days, as a screenplay, and he also wrote for the stage. His last novel was The Night in Lisbon, published in 1962. During his lifetime Remarque married twice and had love affairs with the actresses Hedy Lamarr, Marlene Dietrich and Greta Garbo. 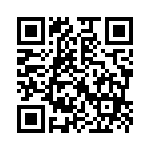