Page 135 - Making it momentary as a sound, Swift as a shadow, short as any dream ; Brief as the lightning in the collied night, That, in a spleen, unfolds both heaven and earth. And ere a man hath power to say, — Behold ! The jaws of darkness do devour it up : So quick bright things come to confusion.
Appears in 341 books from 1803-2007
Page 386 - And thus still doing, thus he pass'd along. DUCH. Alas, poor Richard! where rides he the whilst? YORK. As in a theatre, the eyes of men, After a well-grac'd actor leaves the stage, Are idly bent on him that enters next, Thinking his prattle to be tedious : Even so, or with much more contempt, men's eyes Did scowl on Richard ; no man cried, God save him...
Appears in 262 books from 1762-2006
More
Page 157 - Biron they call him; but a merrier man, Within the limit of becoming mirth, I never spent an hour's talk withal : His eye begets occasion for his wit; For every object that the one doth catch, The other turns to a mirth-moving jest ; Which his fair tongue (conceit's expositor,) Delivers in such apt and gracious words, That aged ears play truant at his tales, And younger hearings are quite ravished ; So sweet and voluble is his discourse.
Appears in 233 books from 1803-2007
Page 210 - Made to his mistress' eyebrow; then a soldier, Full of strange oaths and bearded like the pard, Jealous in honour, sudden and quick in quarrel, Seeking the bubble reputation Even in the cannon's mouth; and then the justice, In fair round belly with good capon lin'd With eyes severe and beard of formal cut, Full of wise saws and modern...
Appears in 312 books from 1785-2007
Page 322 - This supernatural soliciting Cannot be ill ; cannot be good : — If ill, Why hath it given me earnest of success, Commencing in a truth ? I am thane of Cawdor : If good, why do I yield to that suggestion Whose horrid image doth unfix my hair, And make my seated heart knock at my ribs, Against the use of nature...
Appears in 328 books from 1788-2008
Less 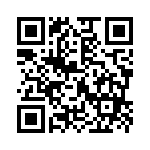