The Morkinskinna is one of the two major sources for the Heimskringla of Snorri Sturlson. This is a very well annotated translation and is obviously not destined to be a general reader favourite. None ... Read full review 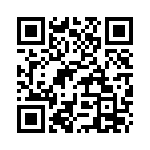