Immanuel Ness is a Professor of Political Science at Brooklyn College, City University of New York. He is the author of Workers, Corporate Despotism and Worker Resistance (2011) and is working on a manuscript focusing on precarious labour, workers councils, worker control and self management, and radical social movements.

Dr Zak Cope obtained a PhD from the School of Politics, International Studies and Philosophy at Queen's University Belfast. He is the author of Dimensions of Prejudice: Towards a Political Economy of Bigotry (2008) and Divided World Divided Class: Global Political Economy and the Stratification of Labour under Capitalism (2012 and 2014). 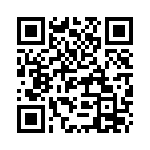