Wow, I can't believe this was ever published. Whole phrases are plagiarised and paragraphs merely paraphrased from other sources, the sections I read seem to be lifted straight out of the memoirs of the Duke of Windsor. You can find those memoirs for free online if your local library doesn't have a copy. Don't waste money on this book by Sarah Bradford, though. It adds nothing new to what has been available for years. Such a shame the editors/publishers didn't do their work before publishing this rip-off.

Sarah Bradford is a historian and biographer. Previous books include biographies of Disraeli, George VI, Elizabeth II and Jacqueline Kennedy Onassis (America's Queen), as well as two previous accounts of the Borgia family. She lives in London. 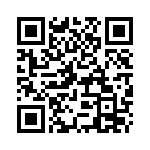