Peter Paret is professor emeritus at the Institute for Advanced Study in Princeton. His many books include Clausewitz in His Time, The Cognitive Challenge of War (Princeton), and Clausewitz and the State (Princeton). He is a recipient of the Pritzker Literary Award for lifetime achievement in military writing. Michael Howard (1922-2019) was a leading British military historian who held professorships at the University of Oxford and Yale University. His many books included The Franco-Prussian War and War in European History. Bernard Brodie (1910-1978), who wrote widely on military and nuclear strategy, was professor of political science at the University of California, Los Angeles. 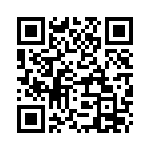