Page 2
Comus , with his crew . THE LADY . FIRST BROTHER . SECOND BROTHER .
SABRINA , the Nymph . The Chief Persons bobo presented wereTHE LORD
BRACKLY . MR . THOMAS EGERTON , his Brother . THE LADY ALICE
EGERTON .
Page 30
SECOND BROTHER . Or , if our eyes Be barred that happiness , might we but
hear The folded flocks penned in their wattled cotes , Or sound of pastoral reed
with oaten stops , Or whistle from the lodge , or village cock Count the night
watches ...
Page 32
... the various bustle of resort Were all too ruffled , and sometimes impaired . He
that has light within his own clear breast May sit i ' the centre , and enjoy bright
day ; But he that hides a dark soul and foul thoughts , SAIPPI SECOND
BROTHER .
Page 33
A Mask John Milton. SAIPPI SECOND BROTHER . ' Tis most true , That musing.
Benighted walks under the midday sun ; Himself is his own dungeon . O brother !
' tis my father ' s shepherd. 33.
Page 34
SECOND BROTHER . ' Tis most true , That musing meditation most affects The
pensive secrecy of desert cell , Far from the cheerful haunt of men and herds ,
And sits as safe as in a senate - house ; For who would rob a hermit of his weeds
...
Next » 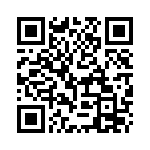