Stephen Hurrell has worked in different mechanical engineering design positions for various companies. It was his role as a mechanical design engineer at the UK’s Electricity Research Centre that first offered him his insight into how scale effects were pertinent to the biomechanical problems of the dinosaurs’ large size.

These thoughts about dinosaurs as engineering structures, and the problems of scale effects, fostered the development of the Reduced Gravity Earth theory and its implications for the Expanding Earth. 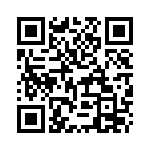