Sonora Blair, a Cincinnati homicide detective and single mother of two, is summoned in the middle of the night to the scene of a particularly gruesome murder. There, a naked, hideously burned young ... Read full review

Lynn Hightower grew up in the South and graduated from the University of Kentucky, where she studied creative writing with Wendell Berry and earned a journalism degree. She is the author of ten novels, including two mystery series, one featuring homicide detective Sonora Blair and the other featuring private investigator Lena Padgett. Flashpoint, the first Sonora Blair mystery, was a New York Times Notable Book. Satan’s Lambs, the first Lena Padget mystery, won the Shamus Award for Best First PI Novel. Hightower has also written the Elaki series of futuristic police procedurals, which begins with Alien Blues.

Hightower’s novels, which have been translated into seven foreign languages, have appeared on the Times (London) bestseller list and have been nominated for the Kentucky Literary Award, the Kentucky Librarians First Choice Award, and the Mary Higgins Clark Award. She teaches at the UCLA Extension Writers’ Program, where she was named Creative Writing Instructor of the Year in 2012. The author lives with her husband in Kentucky. 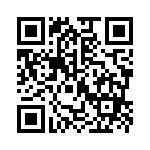