William Rothman is professor of cinema and interactive media at the University of Miami. An expanded edition of his landmark study Hitchcock: The Murderous Gaze was published in 2012. His other books include The "I" of the Camera: Essays in Film Criticism, History, and Aesthetics, Documentary Film Classics, and Reading Cavell's The World Viewed: A Philosophical Perspective on Film. 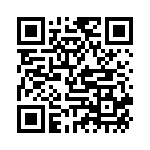