Eamon Duffy is professor of the history of Christianity, Cambridge University, and fellow of Magdalene College. He has received many prizes for his previous books, including the Longman-History Today prize and the Hawthornden prize. 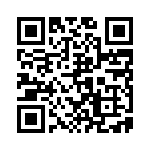