Alister E. McGrath is Research Lecturer in Theology at the University of Oxford, Research Professor of Systematic Theology at Regent College, Vancouver, and Principal of Wycliffe Hall, Oxford. 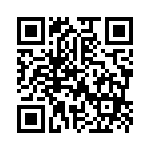