read especially ch. 6 what is truth on lessing's numismatics and heidegers alchemy - how is truth determined or weighed, nathan the wise is a merchant and money lender and also has some grasp of truth in the eyes of saladin.
see pg. 108 for Marx's criticism of economists' confused view of coin money as only having symbolic value or an ideal existence.

Marc Shell is professor of comparative literature at the University of Massachusetts, Amherst. He is the author of The Economy of Literature and Money, Language, and Thought, also available from Johns Hopkins . 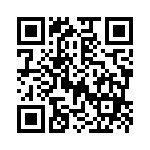