This is a biography of Nicola Tesla, the late 19th, early 20th century inventor, widely credited with invention of the multi-phase alternating current motor, among many other things. He is perhaps ... Read full review

-very good education in all aspects, but had problems - gambled and quit school. -Interesting how the forefront of civilization changes, when he grew up in (present day) Croatia and Budapest (the ... Read full review

A graduate of the University of Chicago and Saybrook University, Marc J. Seifer, Ph.D., is a retired psychology teacher from Roger Williams University. A handwriting expert who has testified in state and federal court, Dr. Seifer has lectured at West Point Military Academy, Brandeis University, the United Nations, the Open Center in New York, LucasFilms Industrial Light & Magic, at Oxford University and Cambridge University in England, and at conferences in Canada, Israel and Croatia and for the Serbian Academy of Sciences. His articles have appeared in Wired, Civilization, The Historian, Psychiatric Clinics of North America and Cerebrum. Featured in The New York Times, The Washington Post, The Wall Street Journal, The Economist and Scientific American, Dr. Seifer has also appeared on Coast to Coast Radio, NPR’s “All Things Considered,” “The Morning Show” in Canberra Australia, on the BBC, and on TV on American Experience, The History Channel, and Associated Press International. Listed in Marquis’ Who’s Who in the World, he is also the author of the novels Rasputin’s Nephew, Doppelgänger, Crystal Night, and Fate Line, and the non-fiction works Transcending the Speed of Light, The Definitive Book of Handwriting Analysis, and Framed! Murder, Corruption & a Death Sentence in Florida. His book Wizard: The Life & Times of Nikola Tesla has been translated into nine languages including Serbian, Russian and Chinese. 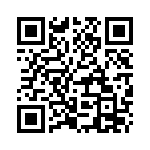