Review: The Life of Samuel Johnson

Very witty and entertaining at parts, but also very dense. Along with 100 Years of Solitude, it's a book where I spent so much effort climbing the mountain that I couldn't enjoy the view. Will have to reread it to really grasp it and appreciate it. Read full review 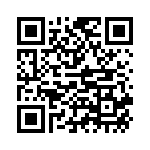