Maurice Carder's career has been dedicated to second language learners of English. After graduating with a BA Honours in Spanish (Bristol) he gained Qualified Teacher Status at the Institute of Education (London). He had teaching posts in Sevilla, Tehran, Lisbon, Greece, Porto, and Bath (UK) before gaining an MA in Linguistics (Lancaster). This led to posts in Mexico and Germany, then to the Vienna International School, Austria, in 1981, where he has remained until now. He has worked on various projects with the International Baccalaureate Organisation, and done much committee work with the European Council of International Schools. He is a Fellow of the Chartered Institute of Linguists. His writings on bilingualism and language-related matters have appeared in several books, and in journals such as the International Schools Journal and the Journal for Research in International Education. 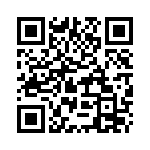