Page 84
... Citizens , and Burgesses of our said Province , to an Assembly at our City of
Quebec , on the eighteenth day of November instant , to have been commenced
and held , called and elected , and to every of you , Greeting , WHEREAS We , for
...
Page 86
12 GEORGE V , A. 1922 City of Quebec , to appear are to be held or constrained
for We do will therefore that You and each of you be as to us in this matter entirely
exonerated , Commanding and by the tenor of these presents firmly enjoining ...
Page 180
c . at Our Castle of Saint Lewis , in our City of Quebec , and the Province
aforesaid , the Sixteenth Day of June , in the Year of Our Lord One thousand
eight hundred and twelve , and in the Fifty second Year of Our Reign . G. P.
HERMAN W. 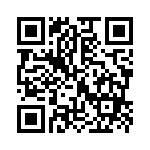