Your version of history on page 36 in regards to " Ethiopia was occupied" is an incorrect information. Please do not publish in correct history for our children. thank you

Whitney Smith Jr. was born in Arlington, Massachusetts on February 26, 1940. He received a bachelor's degree in political science from Harvard University in 1961 and a doctorate in political science from Boston University in 1964. He taught at Boston University, but left academia in 1970 to study flags full time. At the age of 18, he decided that the study of flags deserved its own name and created the term vexillology. In 1960, he designed a national flag for newly independent Guyana. In 1961, he created the bimonthly Flag Bulletin with Gerhard Grahl. A year later he founded the Flag Research Center, a consulting firm that answered inquiries from filmmakers, historians, and commercial flag makers. He designed flags for the Saudi Navy and helped design flags for the islands of Bonaire and Aruba. He wrote several books including The Flag Book of the United States, Flags through the Ages and Across the World, and Flag Lore of All Nations. He wrote more than 250 flag histories for Encyclopedia Britannica. He died from advanced Alzheimer's disease on November 17, 2016 at the age of 76. 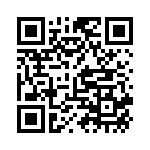