Page 4
In what sense , however , can the imagination be said to generate or create , on the religious model of divine creation , since people are not gods ? Midgley is specifically using Nietzsche and Sartre in giving a religious reference to ...
Page 5
Creation , therefore , Mary Midgley begins to conclude , is something less pretentious than a single , splendid act , but is going on all the time , moving and developing . Such creation demands chiefly courage and clear - headedness .
Page 92
84 Such symbols are discovered in the paradoxical relationship between the parts and the whole , the finite and the infinite , or art and reality , the artist and his creation . In Table Talk , Coleridge is reported to have described ... 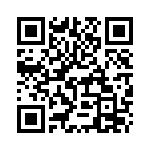