Joanna Ruth Meyer is the author of Beneath the Haunting Sea—described as “Epic, musical, and tender” by Kirkus and listed on Barnes & Noble’s “Our Most Anticipated YA Fantasy Novels of 2018.” She is also the author of the forthcoming Echo North. She lives in Mesa, Arizona. 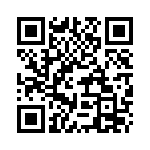