Dmitri Trenin is director of the Carnegie Moscow Center. From 1993 to 1997, Trenin held posts as a senior research fellow at the NATO Defense College in Rome and a senior research fellow at the Institute of Europe in Moscow. He is the author of Getting Russia Right (2007), Russia's Restless Frontier: The Chechnya Factor in Post-Soviet Russia(2004), and The End of Eurasia: Russia on the Border Between Geopoliticsand Globalization (2002), all published by Carnegie. 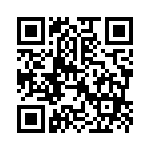