very well worth a read as a follow-up to steward's biography Secret Historian. Once the curtain has been pulled back so to speak on what was going on in and around the narrative of Bad Boys and Tough ... Read full review

Back when Sam Steward (aka, Phil Andros or Phil Sparrow, author of gay erotica) was tattoing people in his parlor on south State Street in Chicago, the tattoo sub-culture was very different from what ... Read full review 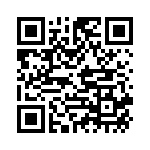