Rabindranath Tagore was born on May 7, 1861 in Calcutta, India. He attended University College, at London for one year before being called back to India by his father in 1880. During the first 51 years of his life, he achieved some success in the Calcutta area of India with his many stories, songs, and plays. His short stories were published monthly in a friend's magazine and he played the lead role in a few of the public performances of his plays. While returning to England in 1912, he began translating his latest selections of poems, Gitanjali, into English. It was published in September 1912 in a limited edition by the India Society in London. In 1913, he received the Nobel Prize for literature. He was the first non-westerner to receive the honor. In 1915, he was knighted by King George V, but Tagore renounced his knighthood in 1919 following the Amritsar massacre of 400 Indian demonstrators by British troops. He primarily worked in Bengali, but after his success with Gitanjali, he translated many of his other works into English. He wrote over one thousand poems; eight volumes of short stories; almost two dozen plays and play-lets; eight novels; and many books and essays on philosophy, religion, education and social topics. He also composed more than two thousand songs, both the music and lyrics. Two of them became the national anthems of India and Bangladesh. He died on August 7, 1941 at the age of 80. 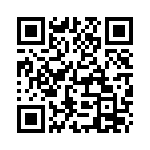