26 pages matching highway in this book

Paul Virilio was born in 1932 and has published a wide range of books, essays, and interviews grappling with the question of speed and technology, including Speed and Politics, The Aesthetics of Disappearance, and The Accident of Art, all published by Semiotext(e).

Benjamin H. Bratton is a theorist whose work spans philosophy, computer science, and design. He is Associate Professor of Visual Arts and Director of the Center for Design and Geopolitics at the University of California, San Diego. He is also Visiting Professor of Critical Studies at SCI-Arc (the Southern California Institute of Architecture) and Professor of Digital Design at the European Graduate School in Saas-Fee, Switzerland.

Mark Polizzotti has translated more than fifty books, including works by Patrick Modiano, Gustave Flaubert, Raymond Roussel, Marguerite Duras, and Paul Virilio. Publisher and Editor-in-Chief at the Metropolitan Museum of Art, he is also the author of Revolution of the Mind- The Life of Andre Breton and other books. 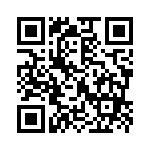