American feminist theologian Rosemary Radford Ruether was born in St. Paul, Minnesota. Ruether graduated from Scripps College in 1958 and received her doctorate in classics and patristics from Claremont Graduate School in 1956. In 1976 she became Georgia Harkness Professor of Theology at Garrett-Evangelical Theological Seminary, a position she continues to hold. An activist in the civil rights and peace movements of the 1960s, Ruether turned her energies to the emerging women's movement. During the 1970s and successive decades, feminist concerns impelled her to rethink historical theology, analyzing the patriarchal biases in both Christianity and Judaism that elevated male gender at the expense of women. Her rigorous scholarship has challenged many of the assumptions of traditionally male-dominated Christian theology. Recognized as one of the most prolific and readable Catholic writers, Ruether's work represents a significant contribution to contemporary theology, and her views have influenced a generation of scholars and theologians. Her imprint on feminist theology has been reinforced by her lectureships at a number of universities in the United States and abroad. 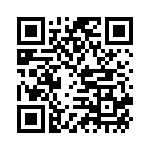