This is a fantastic book. I would recommend anybody who works in a health care/scientific setting, or just for general interest to read it. I agree with everything said in this book and the dangers of alcohol which people should be more aware of.

David Nutt is Edmond J Safra Professor of Neuropsychopharmacology at Imperial College, London, but is best known as 'the scientist who was sacked' by the UK's Home Secretary because he compared the harms of horse-riding with taking ecstasy or cannabis.

He was Chair of the ACMD's Technical Committee for seven years, and became chairman of the Independent Scientific Committee on Drugs in 2010. 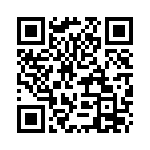