Anthony Burke is Senior Lecturer in the School of Politics and International Relations at the University of New South Wales, Sydney. 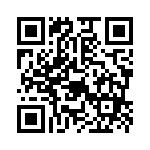