Vanessa Mongey is a historian based in the United Kingdom. 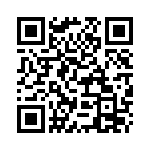