Page 188
By the mid-1970s, however, Boeing had become a defender under attack by
Airbus Industrie, the European- owned maker of commercial jet liners. As an
attacker, Airbus Industrie scored a significant and early victory manufacturing the
only ...
Page 219
At the end of the 1970s, Airbus ruled the skies. Today Airbus is struggling for its
life. Overnight attackers become defenders and if they want to survive they must
learn a whole new set of skills. They must believe in and discern the structure
and ...
Page 301
experience, 82-83 Airbus Industrie, 188-89, 193, 219 air liquification plants, 146-
47 Air Products &c Chemicals, 146- 147 Akutsu, Tetsuzo, 89-91 Alcoa, 115 Allied
Corporation, 116-21 Amdahl, Gene, 76n, 202 American Can, 115 American ...

Whenever President Obama speaks on the US path to recovery he speaks of innovation. He states repeatedly that innovation is a singular American trait. In this contest this book, old as it is is an important contribution to the road ahead. Read full review

This was one of the first business books I read and remains one of the best. Foster's thesis is that innovation is a necessity for companies to survive and prosper in an every changing world, but that ... Read full review 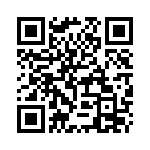